Home
About us
Products
Contacts 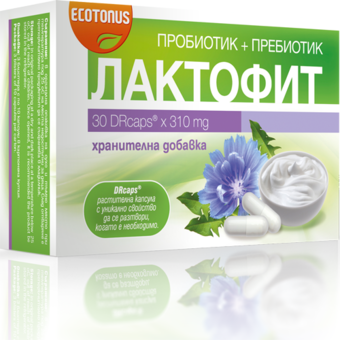 To maintain the right balance of microbial species in the stomach and intestines is crucial to human health. Microflora imbalance creates conditions for the overgrowth of pathogenic, toxigenic and putrefactive bacteria which form decay products and toxins that attack the human body.

Probiotics are live microorganisms which, when consumed in sufficient quantities facilitate the absorption of nutrients and minerals and maintain the balance of intestinal microflora.

Prebiotics are substances which provide favorable conditions for the development of probiotics and improve their efficiency.

Gastro-resistant capsules ensure optimal delivery of over ten billion lactobacilli and bifidobacteria per day to the place of activity, the Intestinum.

Described as one of the most significant and important types of "good" bacteria that inhabit the human body. Bifidobacterium longum, are very useful because it maintains the proper functioning of the digestive tract, inhibit the growth of harmful bacteria, and the activity of rotaviruses, which are the most common causes of acute viral diarrhea, and also stimulate the immune system. Restore intestinal flora after antibiotic treatment and help for faster treatment of diarrhea occurring after such treatment.

Part of the group of micro-organisms which are essential to the overall balance. Lactobacillus gasseri naturally is present in human breast milk. This strain is particularly effective for weight control, by lowering the levels of leptin and insulin.

One of the best known probiotics which are present in the natural environment and can be found in Yoghourt. However Lactobacillus bulgaricus in Capsules have a significantly greater stability and duration of survival in the gut to develop its mode of action.

The bacterium is especially important during the treatment with antibiotics, resulting in increased production of toxic products and decrease the body's defenses. Lactobacillus bulgaricus has a proven ability to remove toxins and harmful bacteria.

Prebiotics are substances which provide favorable conditions for the development of probiotics and improve their efficiency.

Inulin is a 100% soluble plant fiber which are found only in plants and is already for thousands of years part of our diet.

Inulin is fermented in the colon by the bacterial flora of the body and contributes to the growth of the healthy micro-organisms. With its help, the amount of beneficial lactobacilli and bifidobacteria increases at the expense of pathogenic bacteria. This effect is known as the prebiotic effect of inulin.

Inulin refers to the group of fructo-oligosaccharides. It is obtained from mainly from chicory roots and other plants, has a sweet taste and can serve as a substitute for sugar.

In the stomach, inulin is converted into fructose and fructo-oligosaccharides. In turn, the fructose is easily absorbed in the intestine and is becoming a major source for the generation of energy. An important feature of this process is that the conversion of fructose has less effect to trigger insulin production, a very important fact for diabetics.


References on file upon demand
ECOTONUS® is a registered EU trademark owned by Medeko Commerce Ltd.